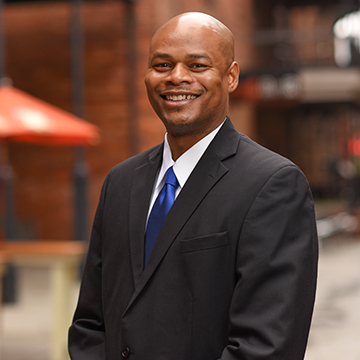 Otey began his legal career with the Organized Crime & Racketeering Section as a Trial Attorney in the Attorney General’s Honors Program.  Thereafter, he went into private practice for four years before returning to the Department of Justice (DOJ) in the Organized Crime & Gang Section.  During his most recent tenure, he was a Trial Attorney in the Review and Policy Unit of the Organized Crime and Gang Section, the DOJ unit responsible for reviewing all RICO and VICAR prosecutions nationwide.  During this time, he personally reviewed complex organized crime and racketeering prosecutions nationwide for DOJ mandated approvals and advised federal prosecutors on all aspects of these prosecutions.  He also contributed to the Criminal RICO, Civil RICO, and VICAR manuals for prosecutors and taught RICO and VICAR courses at the National Advocacy Center.

Prior to joining Faulkner Law in 2015, Otey taught at the University of the District of Columbia School of Law. His instruction focused on Lawyering Process I and II, which included legal writing, research, negotiation and oral argument preparation for first-year students.  He also teaches business law, fraud examination, and criminal evidence courses to undergraduate students online at Amridge Univeristy.

Faulkner University has a number of ways to find people and academic departments.