Faulkner Law’s trial advocacy program recently moved up in the rankings of the nation’s best programs by the US News and World Report for 2019.

Faulkner Law’s advocacy program moved up two positions from last year’s rankings and is now tied with Stanford Law School. The program is ranked 15th among the nation’s 204 ABA Approved law schools. Trial Advocacy program rankings are based on the peer reputation among all ABA law schools. FaulknerLaw’s Advocacy Program, directed by Professor Joe Lester, earned its ranking by cultivating a reputation of excellence in advocacy training among educators, practitioners, and judges.

“Faulkner Law has earned a national reputation as a top advocacy school as evidenced first by the breaking into the rankings last year, and by moving up from 17 to 15 this year,” Lester said. “Every time we take a trial team out to competition other schools know that the Faulkner Law teams will be proficient and ethical.”

In addition to competing in national advocacy competitions, Faulkner now hosts a prestigious event in Montgomery every fall. The Mockingbird Challenge National Mock Trial Competition is an invitation only event bringing to Montgomery teams from many of the nation’s top law schools. “When we host the Mockingbird Challenge National Mock Trial Competition we are able to show other schools how engaged our entire school is in advocacy training,” Lester said. “Other schools have been impressed with the support of the local bench and bar, and they see that we are working hard to raise expectations of professionalism and competence. “ 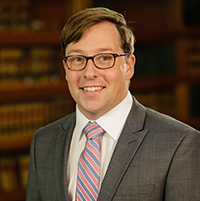 “We have made a concerted effort to put our students in the best possible position to succeed,” Lester said. “One year, after winning the national mediation competition in Chicago our best advocate was offered a job at a top-100 law firm because of her performance in the competition.”

“It is not just about competing but giving our students a spotlight to showcase their skills so that they can find the job of their dreams.”